Well…. My Raypak W-0514A-BCDRDBA was not made of solid gold or copper! Best thing it had was 4 large asbestos sheets. The unit is so basic it is ridiculousness. All a boiler consists of is sheet metal, asbestos sheets, a heavy cast iron water exchange thing, copper coil things and a gas grill. Should cost $250! Well the asbestos exhaust tubes are expensive.

I also wouldn’t get all excited and expect huge payouts at the scrap yard either…. when you heard about the copper heat exchange tube (part# Raypak 002381F or a bundle 002369F). It wouldn’t scrap for crap unless it was gold. But I haven’t touched or weighed them. But one tube new sells for $222 and a bundle sells for $2,118….. interesting. I need to start building boilers! 🙂 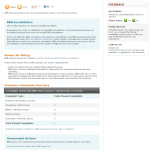 THIS BUSINESS IS NOT BBB ACCREDITED

I am not confirming or denying I know the owner of this place. 🙂 But as much as I think this is funny! It’s not really fair that 1 complaint can give you an F! But there “employees” probably throw away the letter from the bbb… or if the bbb even really tries to “contact the owner of the business”? I really think the bbb is about 75-90 percent scam anyway. 🙂 Still funny though.