It was the first thing I thought of when I saw this cooler!  LOL 🙂

I believe the only true use for an expensive cooler is for deep sea fishing right?  Or to pick up other guys?  🙂  Like a woman would know what a Yeti cooler is?  Maybe if Louis Vuitton made a cooler…. am I wrong?  LOL 🙂  (To be honest I did not even know about Yeti coolers until I saw the Pelican cooler.  I was looking for a Pelican hard case.)  For everyone that wants a Yeti cooler let me help you decide which Yeti to purchase…. just purchase a styrofoam cooler!  The best cooler is the cooler you can throw away or leave behind!  🙂  Plus how would you like to clean out this cooler if it cost you over $450?  I did just purchase a Coleman cooler with WHEELS!  I did not know wheels are a requirement for a cooler…. especially if you want to move a ship anchor cooler (Pelican or Yeti) which weighs 20-30 pounds alone.  🙂

Back to the above issue:  Sure my clean up guy called me about this cooler twice…. it was…. well…. I do not want to discuss the cooler anymore.  Plus the fish were very soft and squishy with no heads?  But it was actually not that stinky…. WELL I have smelt worse.  🙂

I also was weak 20 years ago or more…. I even ordered a stupid car from the factory.  I was debating luxury cars the other day…. is the only luxury car anyone “should purchase” a Lexus?  I purchased an Infiniti / Nissan…. bad idea.  Lexus / Toyoda best idea correct?  I have heard nothing but bad things about every manufacture but Lexus.  Well Toyoda I believe had the worse recall ever right?  🙂  I am also talking about resell. 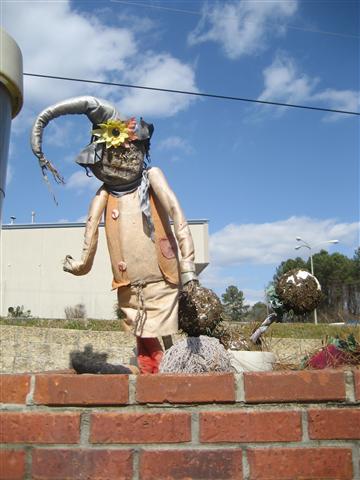 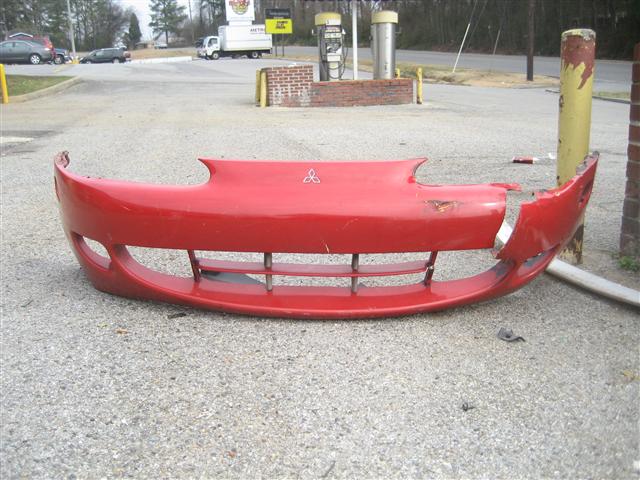 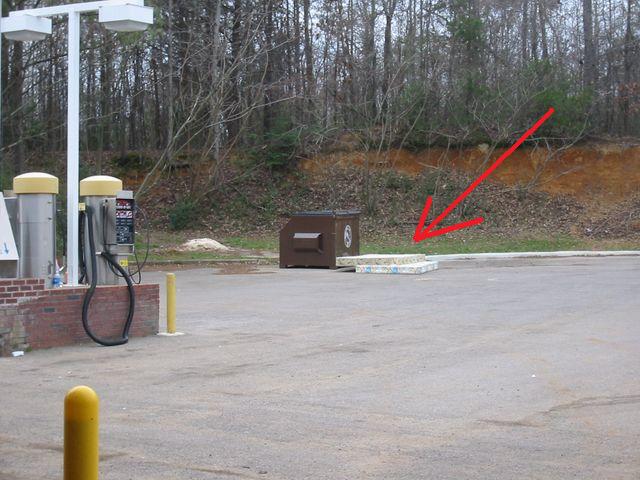 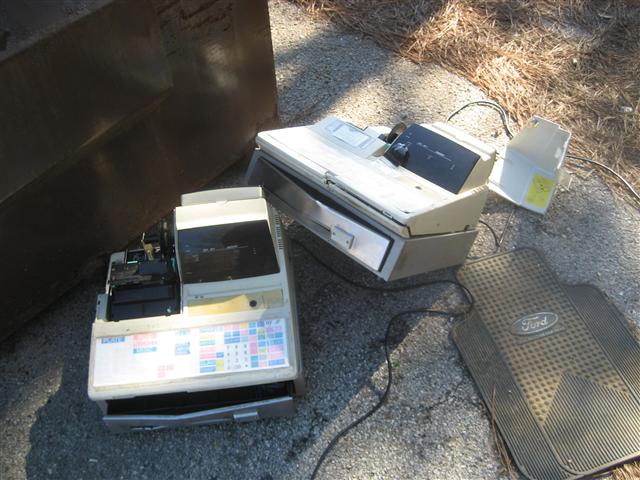 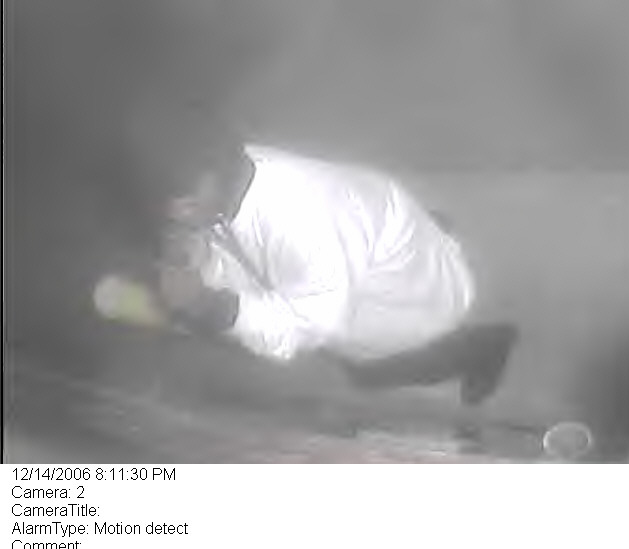 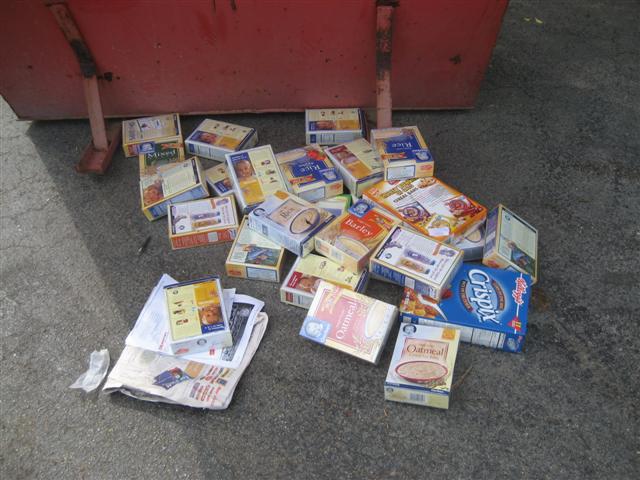 So I was checking out all the bays at my wash and I see this snake…. Seems very random and deliberately placed in the bay to be nasty. So I go get a shovel and I believe someone calls me?  Alway…. I come back and the snake is GONE! SOMEONE STOLE MY SNAKE! So I went from pissed because someone left the snake to why on Earth would anyone take the snake! Seriously why? 🙂

Facebook “friends” are great sharing bad ideas…. But in this case I think making a mosquito pit in your back yard is a GREAT IDEA!  If it involves $25 and you pick up my garbage/problem.  LOL 🙂  Also leave the money under the door…. Of not…. JUST GET THE TIRE!  🙂

Well you are NOT!  LOL  🙂  Even you guys that just clean up and are maintain guys…. not special.  You know what is annoying…. me having to remind my cleanup guy that I can CLEAN UP!  I have that special power!  It is actually not hard…. everyday…. well…. very hard!  LOL  🙂 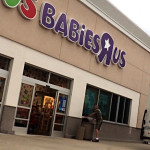 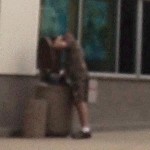 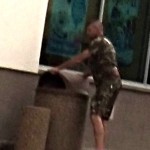 But this guy was in front of a Toys R Us at 6:00 with at least 5 bags of household garbage…. Really?  He pulled his black Ford Expedition in the emergency lane and just started unloading garbage bags.  He put 1-2 in the garbage can and 1 next to the garbage can.  (There is another garbage can you can not see to the left of the doors.)

Now…. maybe he thought no one could see him?  He did look like a moron?  Plus he was wearing camouflage…. he might be confused when camouflage is effective!  LOL 🙂  But he was driving a Ford Expedition…. doesn’t that car have a really bad engine with an aluminium motor head?

I also was going to Toys R Us to purchase a gift for my Son…. and my Daughter came.  So I missed out talking to General Garbage and no picture of his nice expedition. 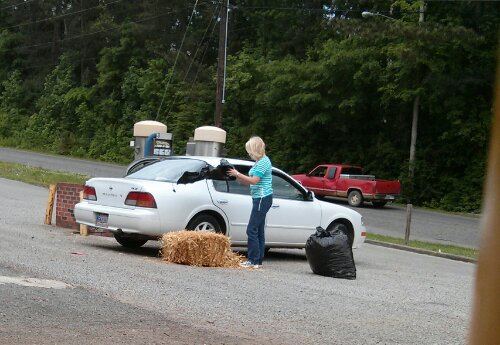 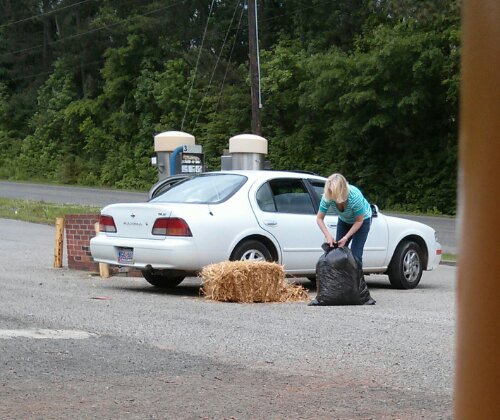 The thing I can’t figure out is why the hay was in the car and it was fine….. Then when you get to the car wash you take the hay out THEN put it in garbage bags?

Only thing that makes since is she stole the hay? But how do you even steal hay? Actually where can you purchase hay? What do you use hay for? Why does she have hay in the fist place?

She seemed shocked to found out it clogs up vacuums and I didn’t want her to use mine? 🙂 Weird…. Maybe this is why she made a huge ass mess at my place of business and not at her house? 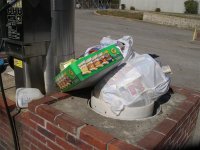 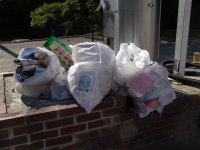 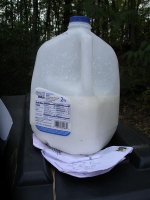 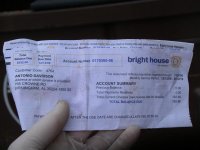 Apparently Antonio Davidson pays $152.68 a month to bright house services?  But the most important thing is someone stole all his garbage!  Can you believe it?  Poor Antonio.  I bet he threw it in the correct spot and pays for garbage pickup at his 765 Crowne Road address.  But somehow all his garbage ended up at my carwash!  Weird! 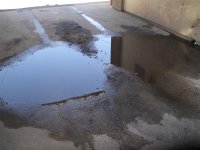 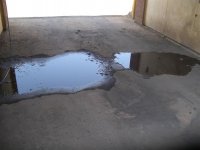 Do you know what happens when too much mud gets in the pit…… Yes I believe you can see what happens. 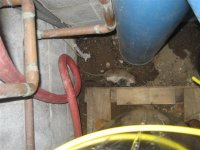 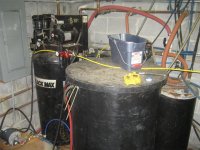 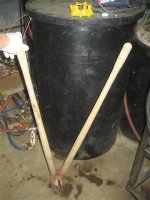 I figured out what the answer is!  When your equipment room smells like a dead animal…… there is probably a dead animal!  It died in the worst spot behind all this unmovable crap.  So I had to use a post hole digger to get my little dead stinky friend out. 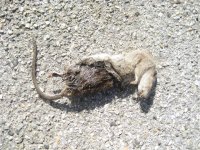 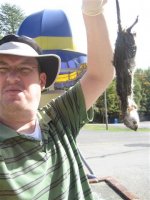 Oh yes it was stinky! 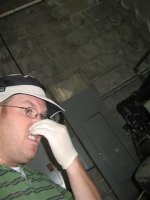 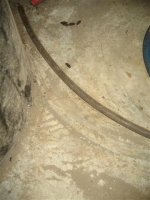 So what happens when your equipment room starts smelling like a dead animal?  You start looking around and you can’t find an animal but you can find some feces that’s not yours……..  I hope the smell will go away tomorrow!