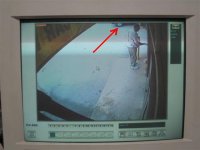 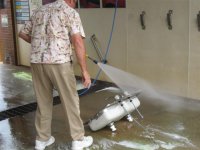 If you notice from the security camera picture there is a truck pulled over half way out of the bay.  This is a red flag for something very bad is going to happen.  I walked over to see what was going on and nothing out of the ordinary.  Just someone cleaning their kitchen sink. 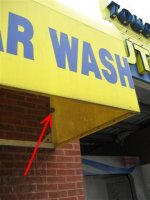 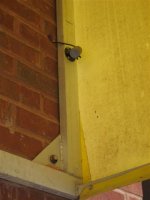 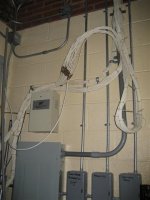 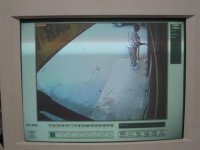 I replaced a broken camera today.  It still looks the same but works now.  It took a lot longer then I thought it would.  When I was exchanging out cameras I brew the power fuse which really helped trouble shooting.  "It worked before I stuck the cords through the wall."  I guess that is how everything works though. 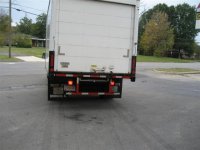 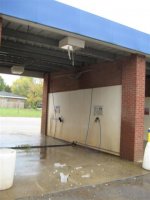 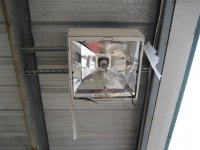 Well, I was at my Dad's wash when I heard a sound like someone was ramming the building.  I ran out of the equipment room and spotted this truck.  I assumed something bad happened so I took a picture of the license plate.  After verifying the plate, I walked over to see what he did (the guy saw me taking the pictures).  I called my Dad to tell him and talked to the driver and he said he worked up the street.  He was nasty, like I should have confronted him with the problem.  I told him "I did not want to get involved" he ask "do you own the place?".  I said "no, that is why I do not want to get involved" then stating "now my Dad is going to have to talk to your insurance agency and get it fixed."

My Dad later talked to him and his boss.  He said he did not realize he did anything.  (What do you expect?)  He also said I was arrogant and that really hurt my feelings.  I do not understand why everyone always tries to excuse their behavior by lashing out.  Maybe the problem is he can not drive.  Or maybe he needs hearing aids.  Or maybe I am too good to talk about him because I am better then him.  Whoops I guess I am arrogant.

Looking back at the incident, maybe if I yelled at him and called him names he would not have been nasty (Showtime Super Store). 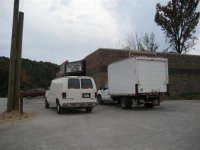 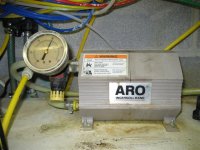 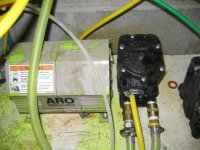 It is an Aro diaphragm pump.  I have never really heard anything good about these pumps and now mine is broken.  I exchanged it out with the old faithful, yes a Flojet. 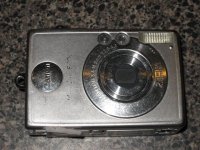 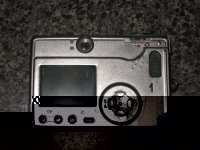 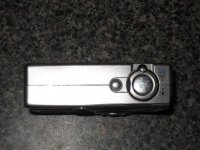 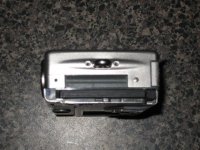 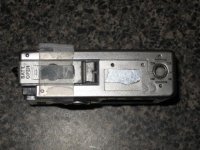 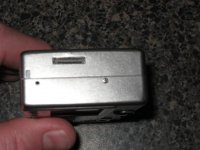 This is my Canon PowerShot S200 2MP Digital ELPH Camera w/ 2x Optical Zoom.  It lasted four years and still works the majority of the time.  After I started taping the battery door tight it became more dependable.  It is also missing the door for the cf card and a switch to preview images and for the movie function.  But it was a good camera. 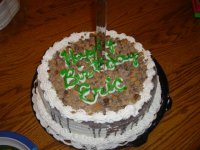 My parents had a birthday party for me and I got my new camera.  It was a great surprise. 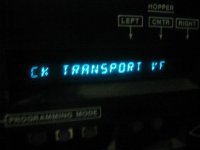 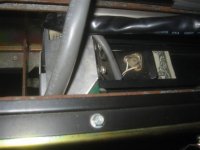 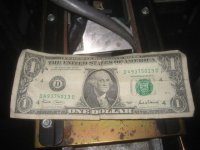 The error on the Rowe was "CK TRANSPORT VF", it was a jammed bill. 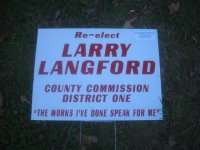 It states "The works I've done speak for me" I think he means "The work I have done speaks for myself".  Either way he is correct, but I believe that is a reason not to vote for him.  I do not live in Jefferson County so I can not vote for him.  That makes me sad or is that a good thing? 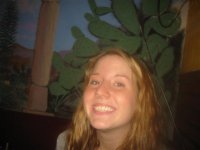 I ate lunch with my sister today.  She was taking her ACT and dropped by Hueytown for some reason.  It was fun. 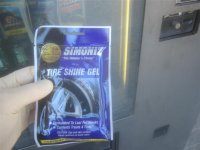 The error message was something like "out of order switch error".  I thought I solved the problem because someone left this "Simoniz tire shine gel".  The Simoniz pad was not the problem.  So I had to move the vending machine.  (A real pain.) 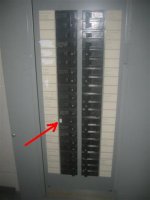 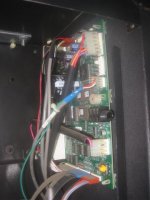 After I moved the machine it did not have power.  (The vending machine is on a lazy Susan and you have to turn it 180 degrees.)  So I assumed the cord was unplugged, but I somehow blew the breaker.  I checked out the machine and everything looked normal.  So I reset the machine, pressing in the yellow button.  After that magic.