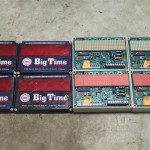 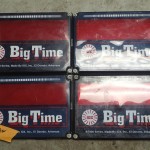 For people that are interested…. these are IDX BIG Time timers in action! IDX is still competing in the crappy website contest. They are in the top 5 for sure…. Plus “UNDER CONSTRUCTION” on the IDX website pretty much means “it will never happen”. 🙂 Well I have waited 10 years. LOL 🙂

The IDX BT800 BT800A timers are not supported by IDX anymore and IDX will not repair the timers for you.  But if they did repair them…. it would cost to much anyway!  JK  🙂  I am pretty sure these timers were not made in China also…. because the quality of Chinese items are 100x better.  JK…. well sure!  🙂  The BT900 (which is what I thought I was purchasing at the time) are built 10x better.  But my main problem with the BT800 is it just seems for a timer at that price they should have redone the circuit board instead of using jumpers across the board?  But the reason might have been because they sold multiple versions and used the same board then had to jump things?

The reason the purchaser said he had to purchase this timer BT800 over the BT900 was because the BT800 had the capabilities of displaying the message upside down!  No I do not know how to achieve this.  Weird that they removed this function though?