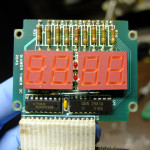 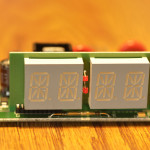 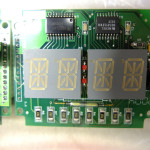 I was looking at pictures of crap I took apart…. well…. because I want to!  Also trying to share my knowledge along the way…. maybe someone can clue me in on this?  The 3 Dixmor timers I have and took apart are (left to right) LED 3 , LED 5 and LED 7 . Well looking at all 3 of the Dixmor timers which I own…. some are old and some are newer. All have a reed relay on them…. which is user accessible?  Well so what you would say (I agree so what!) but a reed relay will activate when a magnetic field is present. Intriguing! 🙂 Unless the reed relay is non-standard and they do something else…. which would be boring…. But it still would be magnet related! 🙂

Also on the Dixmor LED5 and LED7 you can tell both have ir capabilities.  I did not know the LED5 had ir capabilities…. well because I do not use those timers.  🙂

Another weird point…. all the manuals from Dixmor do not point out why their timers have the reed relay?  Odd! 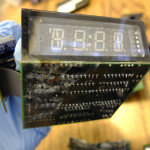 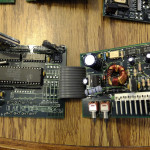 These are Jim Coleman timers…. The first I believe is a CT-2000 Bay Timer which I thought could use their remote control…. which I would never purchase.  The second is a Jim Coleman 1034R maybe?  Which is to show what happens if a screw driver is inserted into a $400 timer.  No…. JK it is to show the fact I do not think an ir device is anywhere around the display? 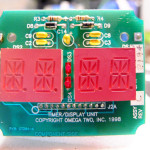 This would be Allen’s favorite timer I would guess?  This is an Omega Two timer.  This timer seems to have no input device either?  I liked this timer because I purchased them cheap and Allen wanted to purchase them…. JK Allen made them.  They still work…. unlike the majority of my Jim Coleman timers.  Not including the screw drivers special…. that would probably break any timer.  🙂