Disclaimer: I realize an Electrician is a skilled position. I also thank Greg and YouTube for teaching me enough electrical knowledge so I have not had to call one. Mainly Greg in teaching me about a breaker box…. Opening it up etc. (Also all Electricians are not created equal…. I wish I got the name that my mother in law called after I told her what her GFCI problem was. What Electrician says a GFCI that does not reset is fine?) 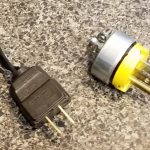 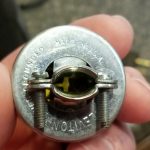 So I needed to fix a plug that was plugged in in the KITCHEN! I started looking through my car wash stuff and all I had was an USA build Leviton plug. Not this LINK but they cost $15-20 at HD a lot cheaper on amazon. (I should have used a cheaper one.)

My wife came home and saw the Leviton plug and flipped out.  (I guess it was the metal housing?)
Wife: “Unplug that it will burn down the house!”
Me: “What? The plug? That plug cost $20 at Home Depot and I replaced the $1 cheap China crap plug which really might have burned down the house.”
Wife: “You should get an electrician to install that or something?  You might have installed it wrong!”
MUCH TIME LATER….
Me: “If I change the plug to one that looks like the old plug would that be better?”
Wife: “Yes”

It made me think that she is probably not alone…. They should probably teach some BASIC electrical skills.  Same with plumbing.  Some with banking etc.  Also that self service car washes are the best place and the best value to wash your car.  🙂