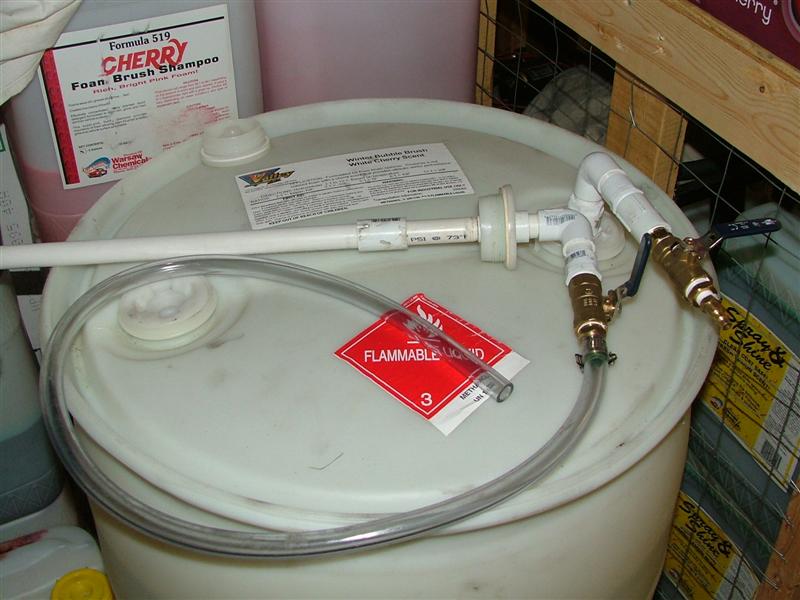 Well I was reading about building a siphon pump with compressed air…. Because I have had terrible luck with hand pumps.

I had multiple Beckson pumps…. the hoses are really too short when filling buckets.  (Which is basically all I did with a hand pump.)  Also the pump was really not very durable…. it was always laying around and I had the handles break and the hoses would get brittle and break.  Even after cleaning it every use.  It would also lose suction ability pretty fast.   (It has been a while since I used a hand pump though.  But I do remember this pump never worked well.)  Someone did “claim” their pump lasted 15 years though…. but it all has to do with the chemical or whatever you are pumping obviously.  🙂

I have also used these cheap drum pumps…. these are cheaply made compared to the Beckson.  But they would work…. super annoying to pump also.  The hose was longer I believe?  15 year guy said the Beckson hose has never gotten brittle on him…. maybe this is the pump that had the brittle hoses for me?

I have used sandpiper and flojet pumps but they are slow and super annoying to setup and clean…. also slow.  But…. according to this chart the pumps are actually faster! (Or close enough 🙂 .)

Last note…. The interesting concept was pressurizing the 55 gallon chemical drum.  You could leave all the pipes in the tanks…. just carry a special regulator?  Or have separate regulators wherever you pump the chemical out?  Cheaper than a dedicated pump or even a hand pump maybe?  🙂  Both operators stated they used 5 psi…. which begs the question:

How much psi can a plastic 55 gallon drum take?  Apparently 65 psi before…. well I found a video.  🙂