This is just a comparison between a older GinSan unit 2001? and a newer unit. 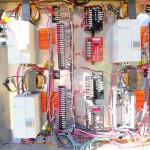 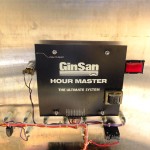 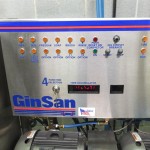 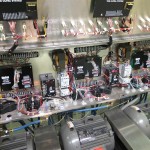 Looking at both units it looks like ginsan changed one thing around?  They replaced the gs-27d thing with the gs65 decoder thing?  Also nicer solenoids….. in the control box?  Why on Earth would GinSan produce dumb digital timers?  I guess it doesn’t matter and I don’t know the price….. but it seems stupid?  Look at all those terminals in those boxes!  🙂

Also the GS-27D thing is not really a necessary.  Basically the functions are….. if any LP function is ON no weep in that bay. Low water cuts off all bays and the best feature an one second delay for HP.

Also are GinSan pump stands cheap?  Why do they use FloJet or Aro pumps?  You can tell an engineer gave up and said this is easy to integrate.    🙂

BTW…. I hate Aro pumps worse then any device I have used at a car wash……  and those BoarTex fake hog hair bushes were pretty bad!  LOL  🙂