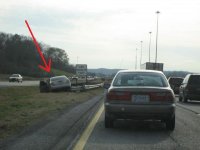 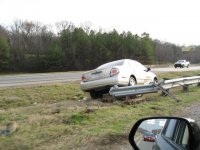 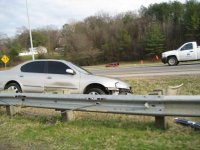 This guy almost made it past the “End Doubled Fines” sign.  I guess he has to pay double for the damages? 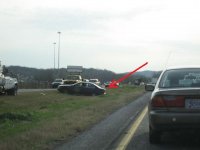 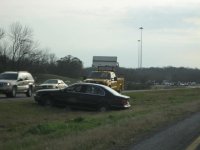 This retard decided to go off roading in a BMW. Apparently there is mud in the median. But I don’t think he would have made it anyway. 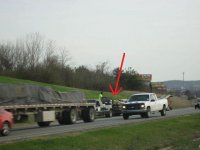 I think that maybe this guy might have caused a traffic jam to cause the wrecks on I20-59? Actually, it was a perfect good accident: 1) Nice guard rail action, 2) retard driver, 3) traffic had to stop to look, and 4) some retard took pictures.