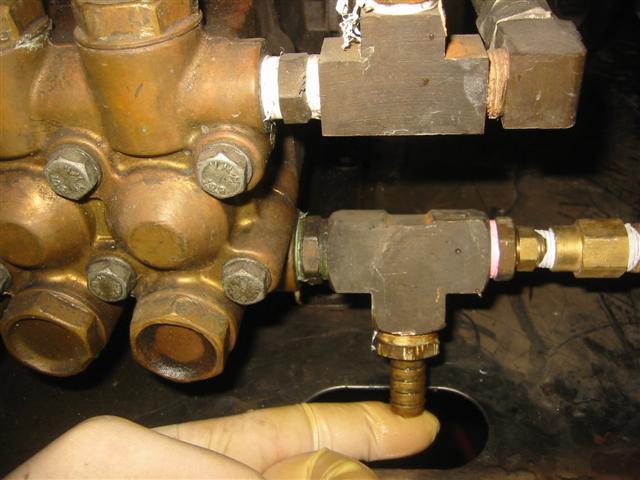 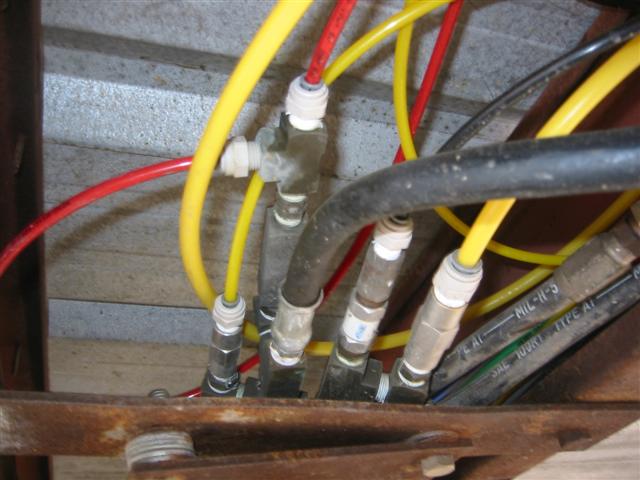 After reading Autocareforum and listening to Mac.  I checked if air was coming through the pump.  When I placed my finger on the inlet of the pump, air was blowing out.  I then checked if a check valve was in the bay which there is not one.  Then I tested the check valve between the pump and the holding tank, which was bad.  I replaced it with a new check valve and tested again.  Everything was fine it held the air from going into the water line. 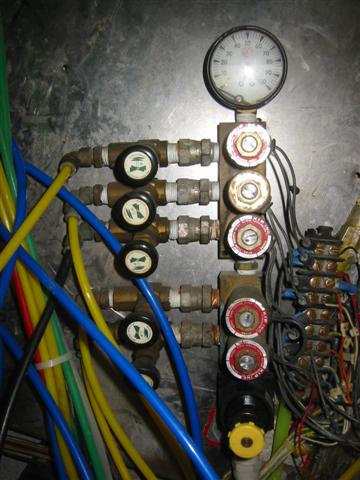 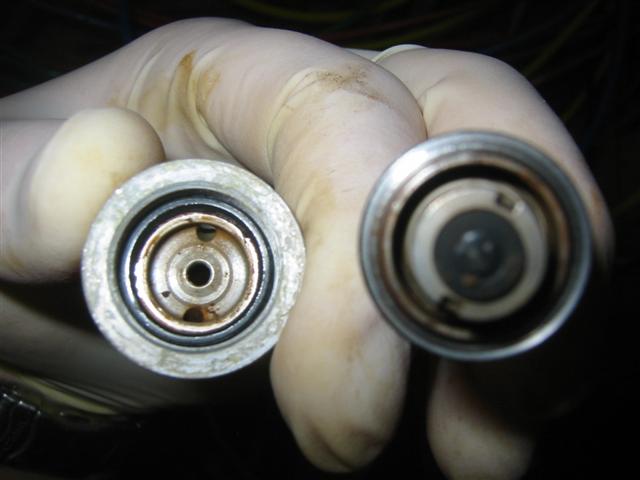 So Mac was right about the check valve between the holding tank and the pump that was the culprit.  I was having a problem with a tire cleaner air solenoid that was stuck.  I was waiting on fixing the problem until I fixed the air in the water line.  In retrospect I should have been able to figure this out.  But I guess I needed to just sit down and think logically about it or ask someone on the forum.  So the check valve would not hold the air out and the air would blow into the water line and holding tank.  Very simple after you think though the problem.