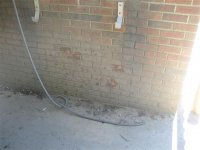 What happens when there is a problem with your foam brush in Wylam?  Someone just steals your foam brush!  (Easy)  The problem was the solenoid wires were corroded / had a bad connection causing the foam brush not to work.  Which in turn caused me to get a foam brush stolen! 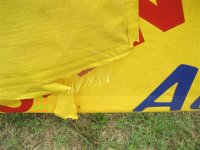 My sign fell apart again, I guess I should have folded over the fringe of the sign before adding a new grommet. 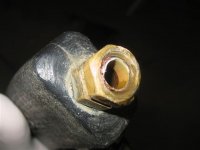 I had a high pressure wand break off in my gun.  I hate when this happens.  Now I need to get the piece out with my easy out, which is not always easy. 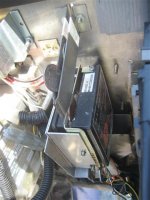 I had an IDX coin acceptor problem today.  Easy clog removal which is always good. 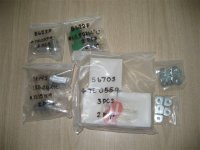 I received my Van Lock replacements today!  I decided to go with LAI because I really like how everything can be keyed alike.  Even though it is not really true in my case and I need 2 keys. 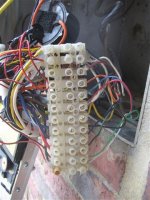 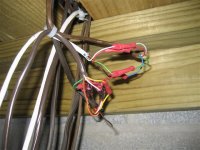 Greg came by my wash today and I talked him into showing me how to troubleshoot my rotary switch.  Greg explained that you should get 24 volts on the hp wax stack, which I was getting.  This means that my rotary switch was working fine.  So we tested from the switch to the terminal block in the meter box, which was all 24 volts.  So this means that the long run had a bad connection.  I found where I crimped them together and there was a problem.  Yeah, problem solved! 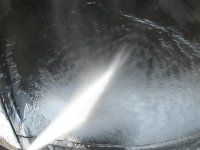 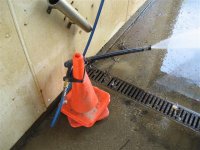 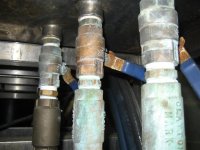 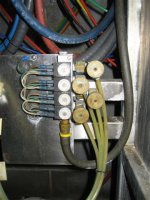 So the problem is the high pressure wax function does not work in one of the bays.  First I decided there was crap in the hp wax solenoid.  So I slowly starved the pump of water to pull the crap out of the solenoid.  That did not work so I removed the solenoid to clean it, which did not work.  So I decided the problem was with the needle valve which I just removed all of them, that did not help.  Then I pulled out my voltmeter and checked to see if I was getting voltage from the switch to the equipment room which I was not (I am getting somewhere!).  So now I need to figure out how to check a rotary switch.  I need to give Greg a call! 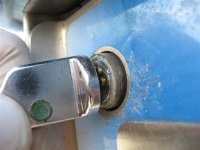 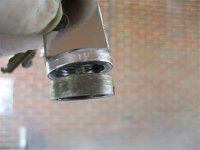 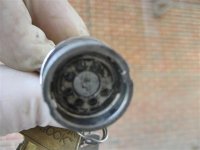 My Van Lock key for my Fragramatics vacuum self destructed today.  Looks like the screw in the key was loose and when I turned the key the top piece fell off?  This has never happened before and is really great because I do not have an extra key.  So I will be ordering new locks and breaking into my own equipment! 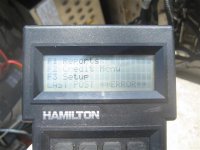 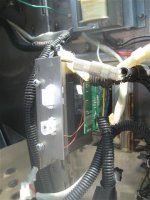 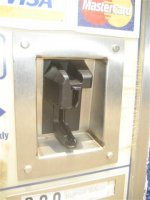 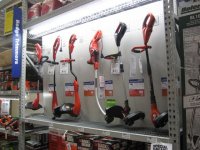 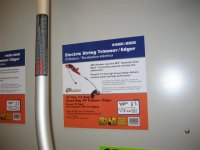 I was doing some weed eating today and my weed eater broke.  I did not open it up yet to see what the problem is but it sounds like a belt.  FYI it was purchased in May 15th, 2007  it was a Black & Decker electric trimmer / edger a Grass Hog XP.