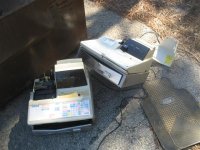 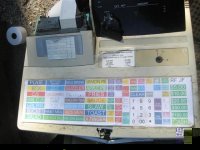 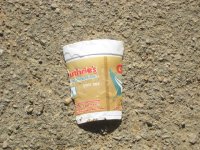 Well today I got 2 cash registers that looked like someone with a crowbar broke into them.  I called the Police and I said that I thought it was Guthrie’s so they called another Police department but the detectives were off today.  So the Police officers said to just throw them away.  I did call the restaurant and they were robbed 2 weeks ago but they never called back  to say if they wanted the registers.