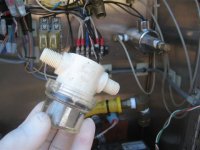 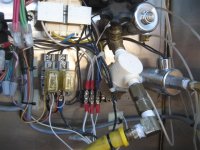 I had an extra strainer so I did not have to order one which is good.  But it did not fix the problem. 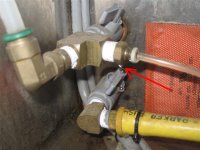 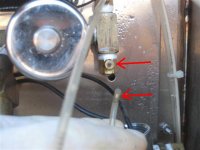 I was trying to figure out where the problem was so I removed some hoses and the fitting on the left started to leak.  Then I broke the barb off in the picture on the right.  I did figure out that the solenoid was not activating. 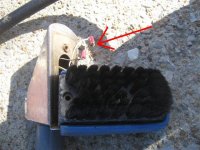 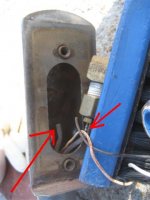 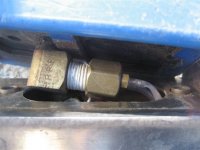 So I figured it had to be the switch in the shampoo head.  The switch was broken so I just connected the two wires together so the shampoo would run constantly.  Of course when I took the brush off a hose fell out.  This is easier said then done attaching the hose back.  Before I gave up for the day I made sure it worked.  I attached the hose back to the broken barb and it worked.  Great, then the hose fell off the barb and shampoo squirted into my ear.  That is not cool, do not try this on your shampooer.