This is a HOT ebay lead to help Don sell his car wash equipment out of his Aloma Car Wash in Winter Park, Florida. I have to admit I would think he would be lucky to get $6,500 delivered to my house but you have to dismantle it! But Don will help you for a “small upcharge”.

One thing I hate about ebay is I was looking at this “auction” (which is actually a bin) and I was debating even bothering for $100! LOL 🙂 I’m terrible! It would take you one day minimum and a truck or a trailer…. Around $500-1000 probably if it was free…. which it is not. This use to be my Dad’s Super Saver…. it was at a location with a crap Ryko unit. He replaced the Ryko unit.   🙂 Yeah it’s a bad picture! I’ll bottom line it for you….. the first two pins are for the crappy swipe and clean and do not connect the small harness to them. Just connect it to the far right! 🙂

If you have Jim Coleman equipment it is probably a good idea to remove this sticker!  But you should keep it in an important place!  Just saying.:) 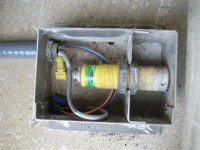 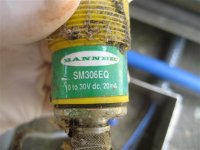 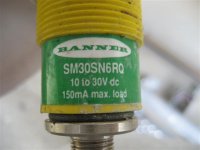 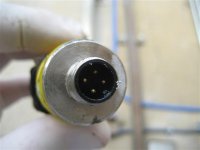 Did you know that Kleen-Rite Corp sells Banner Engineering Emitters and Receivers?   They are used on the Water Wizard as the front (treadle) and the back (entry, undercarriage).  These eyes are in pairs with one receiver and a super duper laser emitter.  The Banner emitter is the SM306EQ and the receiver is the SM30SN6RQ.

Did you know that Banner Engineering sells Emitters and Receivers also?  They can be purchased from the manufacturers website at bannerengineering.com?  Weird it is actually cheaper.

If Jim Coleman only posted there prices…..  🙂 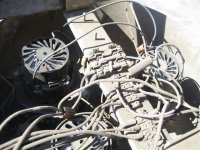 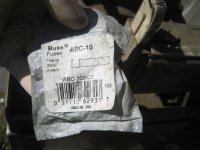 Have I ever mentioned that the FragraMatics Vacuums are a pain to work on?  6 screws to take off the top and they use security screws?   Jim Coleman’s Vacuums only have 1 and no security screw.  I really do like the security screw, but 6?    At least it could be 4 maybe 3? 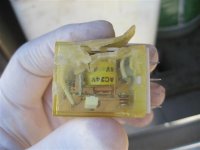 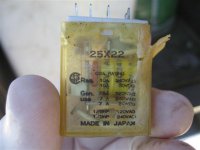 Looking like this was the problem with the fragrance vacuum.  Not really sure what happened to it?

I just got a spam email from Professional Carwashing & Detailing about Jim Coleman’s “Hot New Look!” and by the email it hints that maybe Jim is changing their color sceme?  Does Jim Coleman really want to keep up with the “lastest color tends for your carwash”?  I hope so I really like Jim Coleman stuff but that teal color or the Lamborghini? Come on!

The product they were promoting in the email was also interesting:   a vacuum and air machine, which is a great idea.  Not really sure why it needs 2 coin acceptors though?  But the sticker is better! 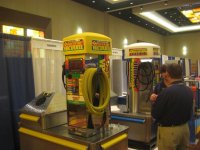 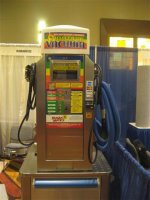 FragraMatics “Kitchen Sink” vacuum.  This thing has everything!  Dollar bills, credit cards, vacuum, shampooer, fragrance everything!  Could you imagine untangling all this stuff everyday?

I love the way the FragraMatics vacuums looks, I think they look the best by far.  But they are really hard to work on compared to the  Jim Coleman vacuums.  But I could only imagine working on this bad boy.  My guess is everything is under the vacuum top!  🙂  (A little FragraMatics humor?)